Hollywood Cemetery Ceremony- Thursdav, April 28
This year, the annual wreath-laying ceremony at President Monroe’s tomb in Hollywood Cemetery in Richmond will be at 11:00 a.m. Thursday morning (subject to any changes in the start time
by the Army, which schedules the ceremony).

More information on these events can be found at the Birthplace website or from Warrior Peter Broadbent, Jr., the foundation’s vice-president. 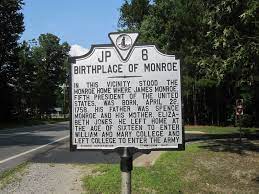 Dear Warriors: With your support, this year the Virginia Society contributed nearly $10,000 to support…