skip to Main Content
1-804-314-2809 governor@vascw.org Society of Colonial Wars in the Commonwealth of Virginia

Our Fall Court assembled 68 Warriors and guests on October 20 at the Virginia Museum of History and Culture in Richmond, VA, with James P. Horn, president of the Jamestown Rediscovery Foundation speaking on his latest book A Brave and Cunning Prince: The Great Chief Opechancanough and the War for America.

“We were delighted to welcome Jim Horn back as a speaker and especially on a topic of such historical significance in Virginia’s Colonial period,” said Governor Edward Dana Mitchell in announcing the meeting.

Horn is one of Virginia’s preeminent colonial historians and has been serving as the President and CO of Jamestown Rediscovery Foundation since 2014. He is the author of four other books on colonial history. The Foundation oversees, through Preservation Virginia and its public/private partnership with the National Park Service, preservation, education, and the archaeological investigation of Historic Jamestowne, the original site of the first successful English settlement in America.

The Fall Court was held for the first time at the Virginia Museum of History and Culture in the remarkable new space that resulted from the Virginia Historical Society’s $30 million expansion of the state’s history museum completed this year.

The event began at 5:45 p.m. in the Thomas F. Farrell II Gallery with a Society business meeting and election of Alan Bryant Noel, Jefferey Claiborne Doughty and Matthiessen Chatfield-Taylor as members of the Council in the class of 2022, with terms expiring in 2025. 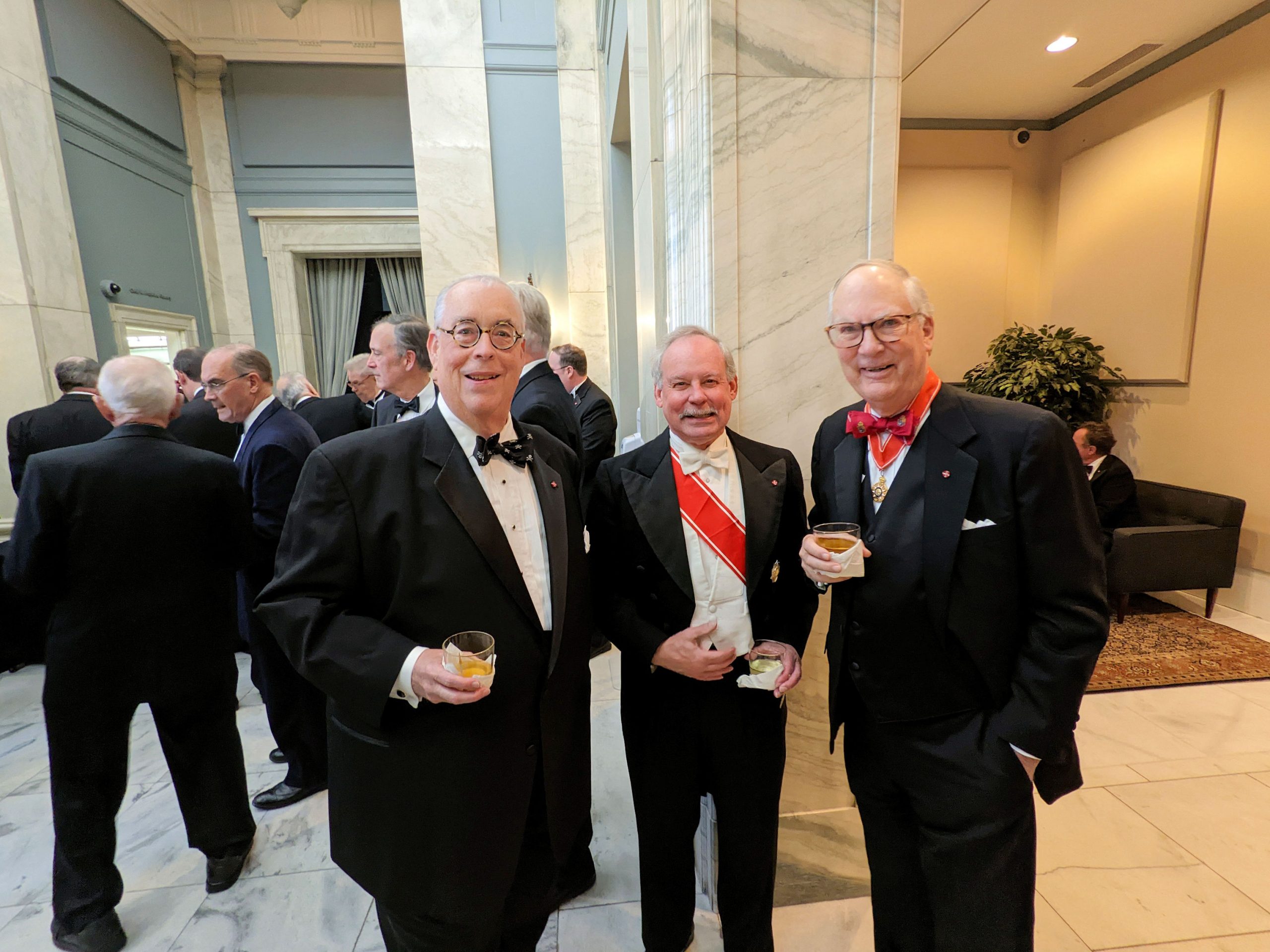 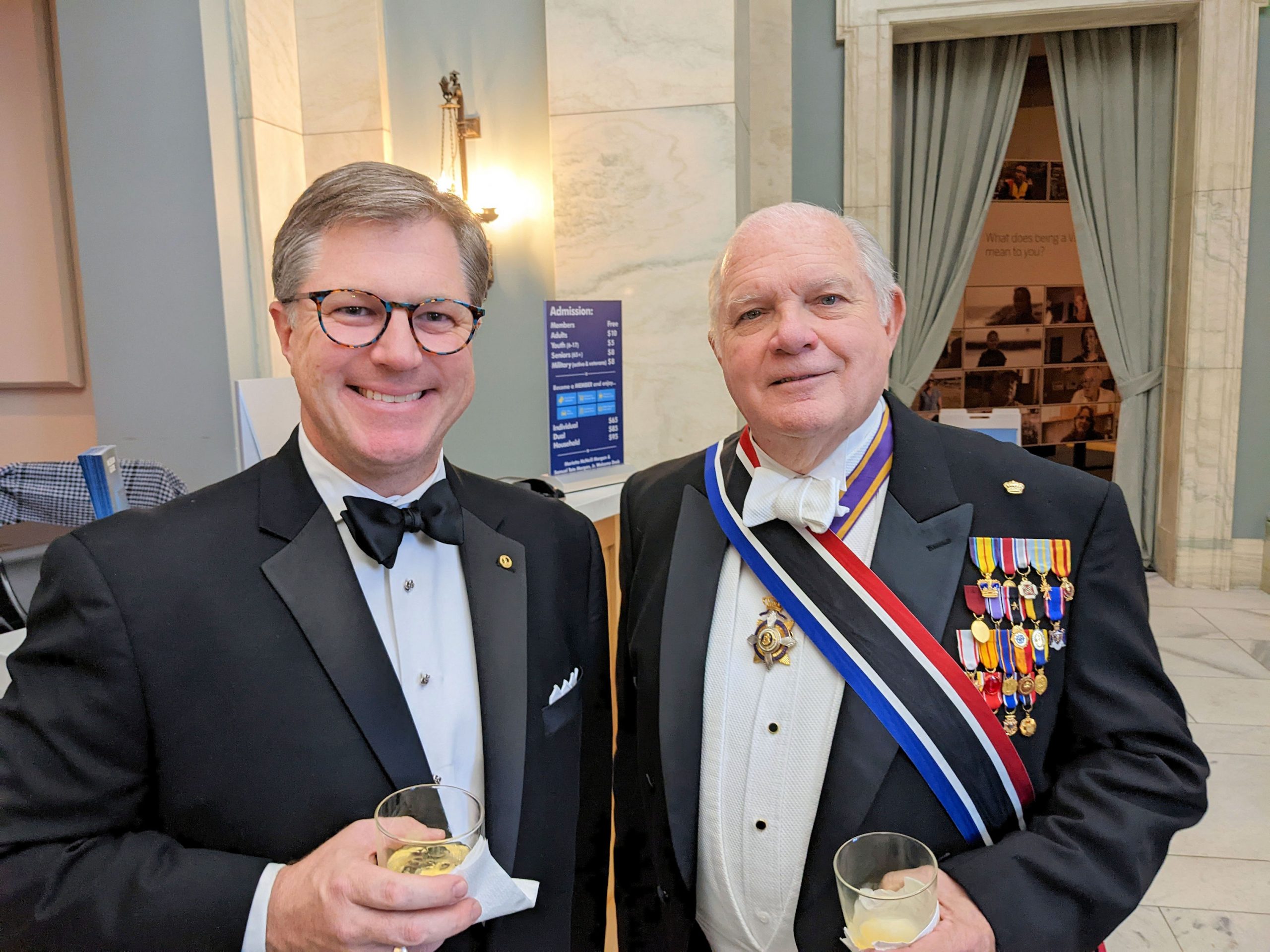 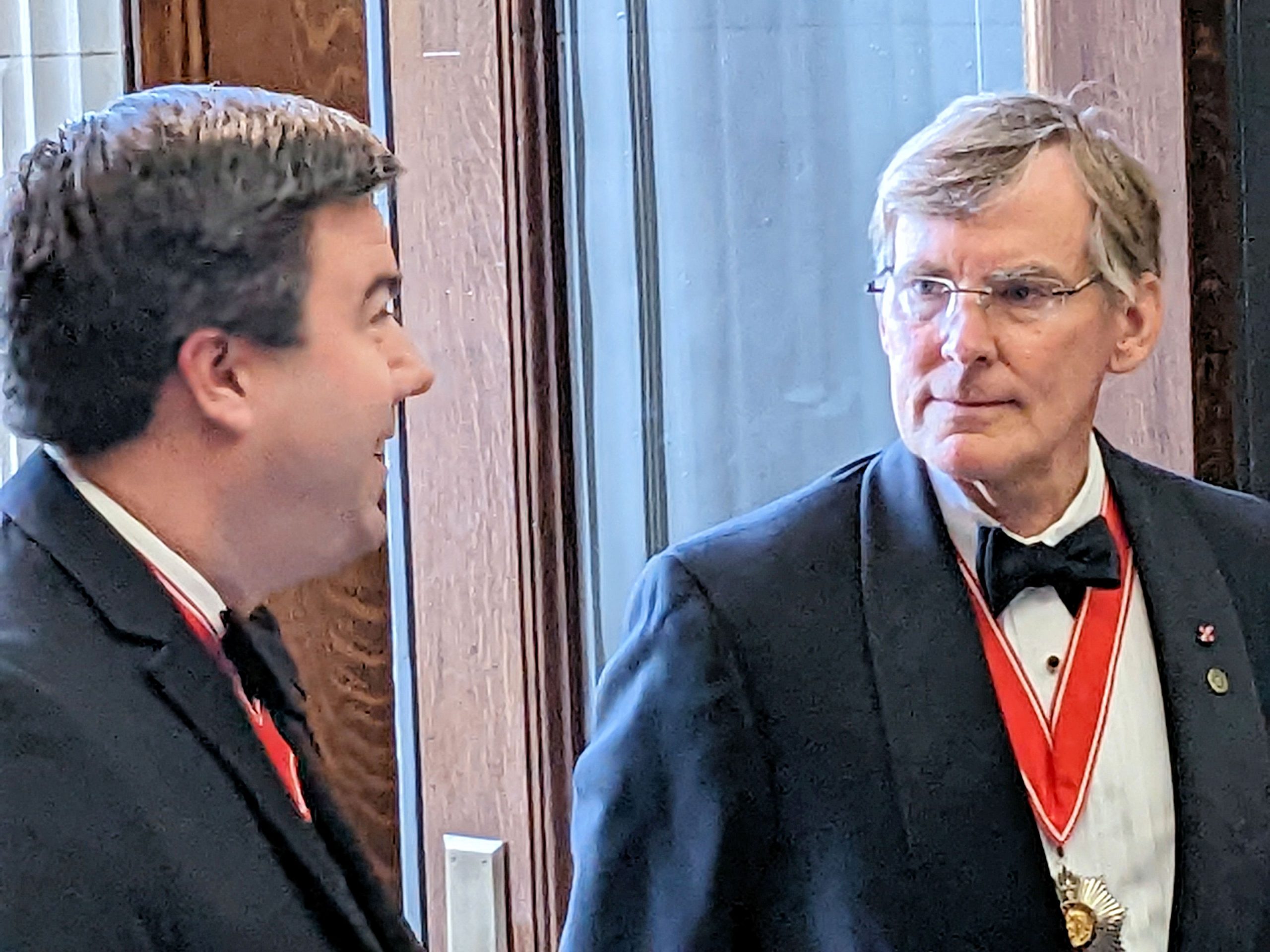 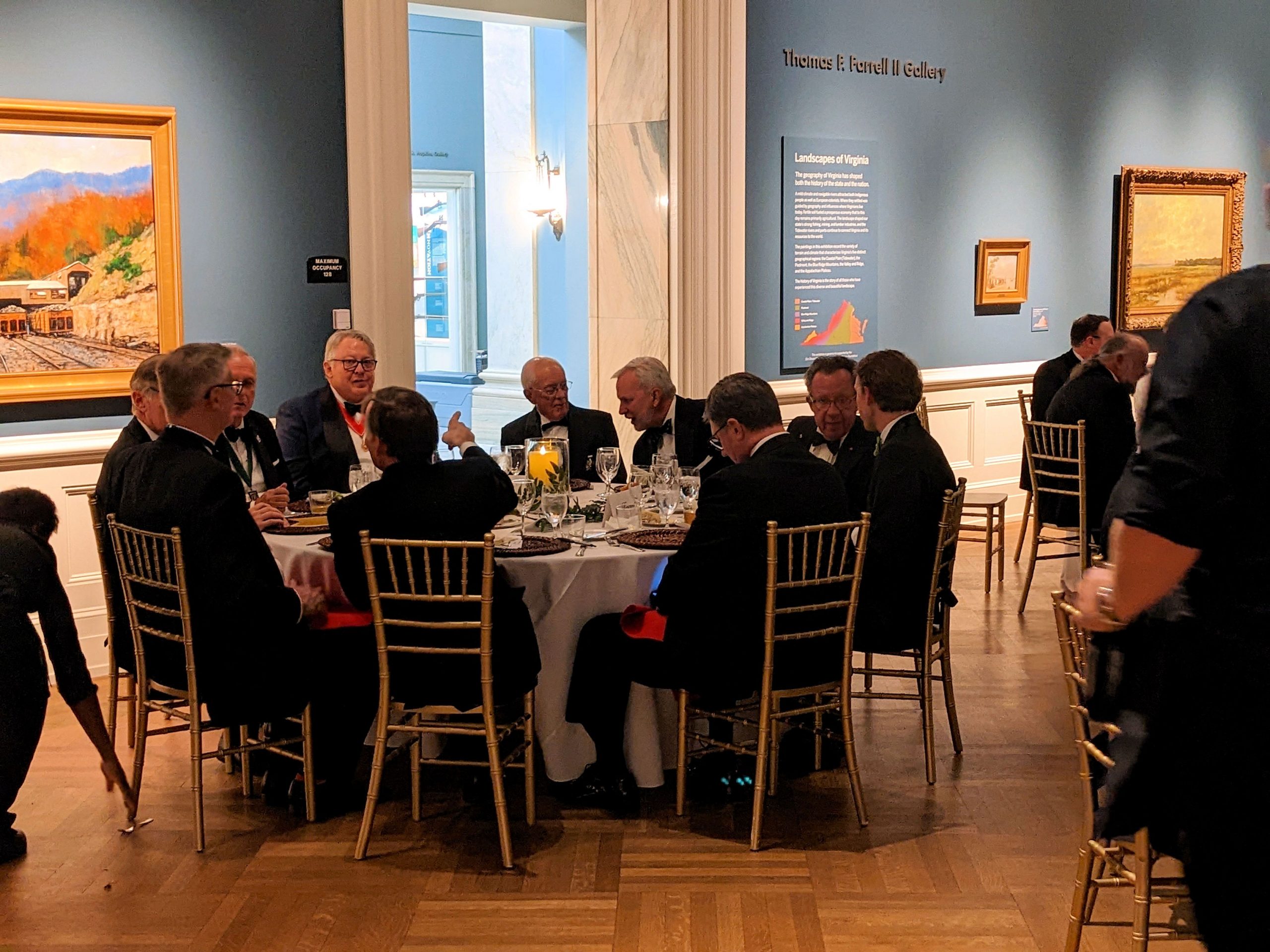 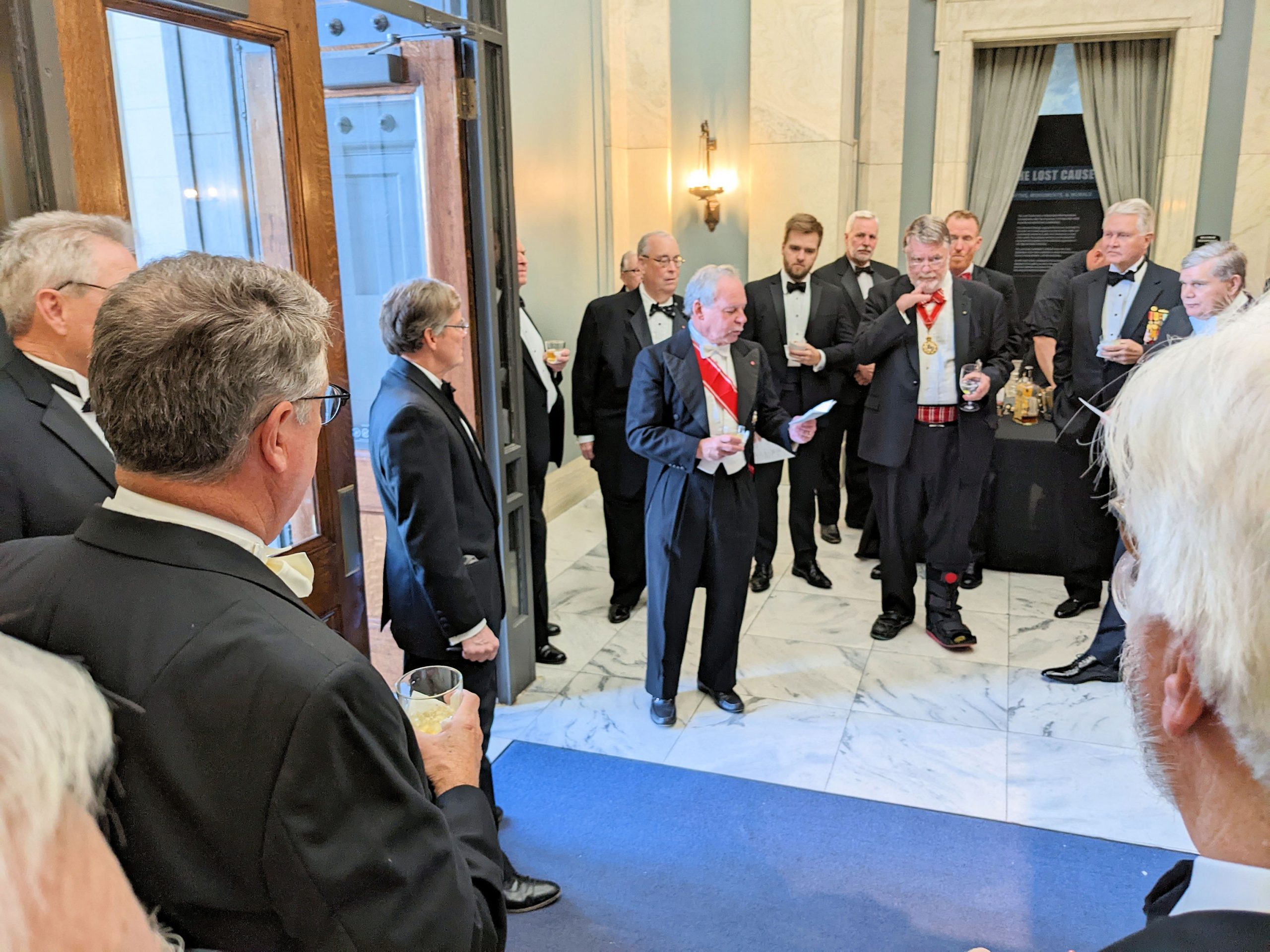 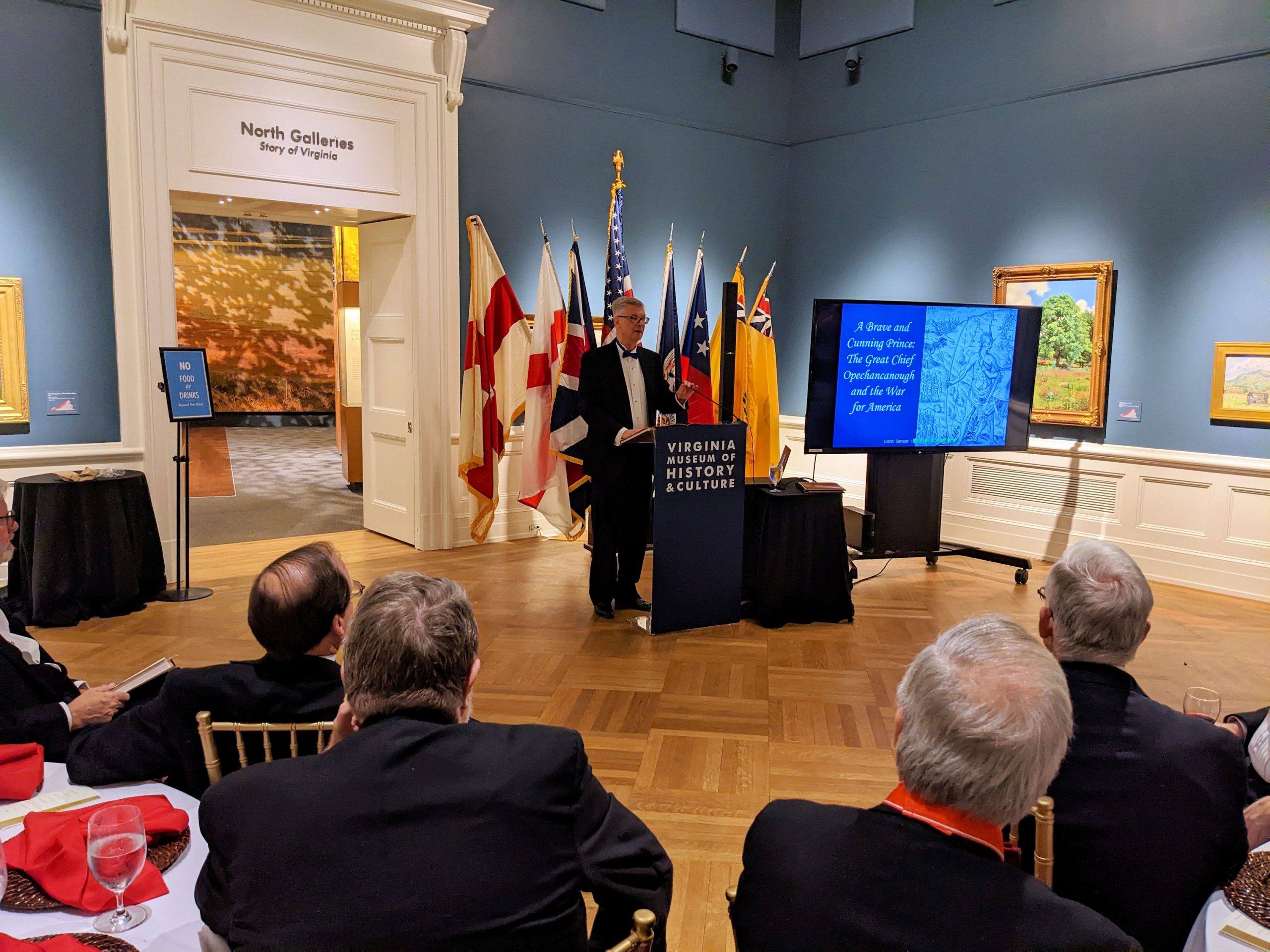 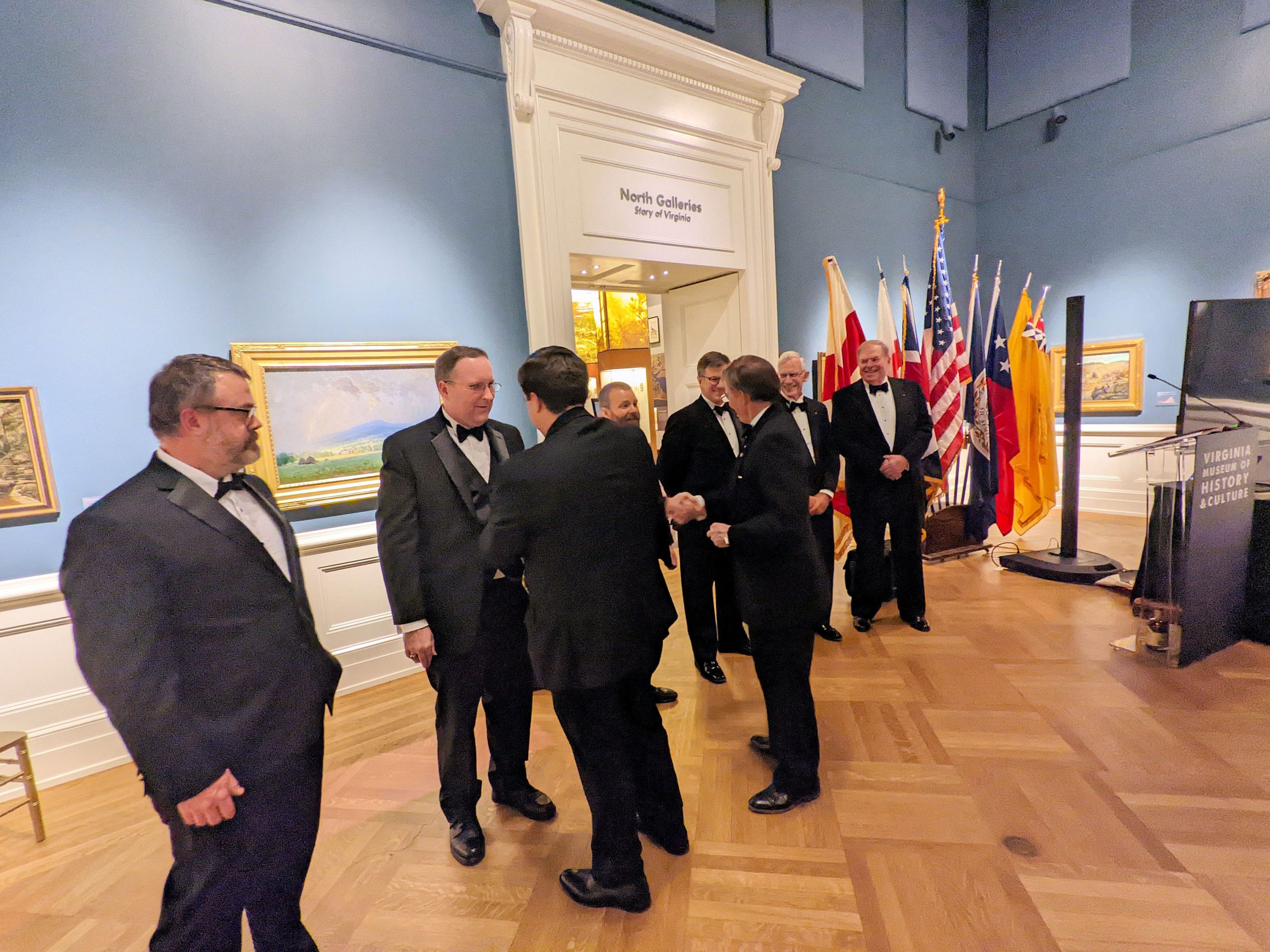 At its February 24 meeting, the Council of Society of Colonial Wars in the Commonwealth…

I am the footer call-to-action block, here you can add some relevant/important information about your company or product. I can be disabled in the theme options.
Get In Touch
Copyright Society of Colonial Wars in Virginia 2023 - (c) All Rights Reserved
Back To Top
×